Anestis Cobella is one of the most influential and acclaimed pioneers in global hairdressing. Over three celebrated decades, Anestis has launched acclaimed salons in New York and the UK, written bestselling books, won countless awards on the global platform and taught and demonstrated hairdressing techniques all over the world. His insistence on excellence has ensured the timelessness of the Cobella brand: it continues to be a trend trailblazer, fulfilling Anestis’ personal philosophy to offer beautiful, sexy, wearable hair to every client that walks through the door.

Anestis’ career started in 1977 when he was appointed Seminar Director for a top UK salon, which allowed him to travel the world and teach his creative methods to fellow hairdressers. His passion for exploring techniques, experimenting with fashion trends and teaching led him to publish his first book in 1979; COBELLA – Hair Avantgarde. The book immediately became a best-seller, generating a vast interest across the trade, gaining Anestis legendary respect and fame in the Hairdressing industry. 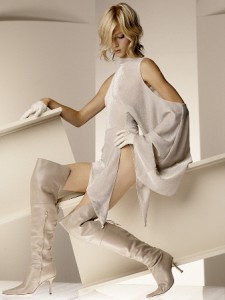 Anestis opened his first salon in Mayfair in 1980, and just two years later set up a second salon in Shepherds Bush. However, far from settling down with two successful London salons, Anestis decided to tour the world, teaching and demonstrating his skills to a global audience. Opening Cobella Offices in New York in 1983 enabled him to launch an extensive video training programme, including over 150,000 titles distributed worldwide.

In 1977 Anestis opened his third salon, The Club, at County Hall and 1999 saw the opening of Cobella Aqua in Kensington – the UK’s first oxygen themed Day Spa Salon. This was the result of the creative vision for the future of the ‘the salon’, intensive research and expertise, and is still seen as a major contribution to British Hairdressing.

In 2002, Anestis Cobella undertook a new venture; The World Hairdressing Congress and The London Hair Collections – a showcase of ready to wear street styles where the world’s top hair stylists unveil the latest looks. Based on the concept of Consumer Hair Fashion, the London Hair Collections matches London Fashion week in the British style stakes. Following 18 months of research and development, Anestis achieved his ultimate ambition in 2003 by launching his first hair care and styling range – The Cobella Collection.

The product range is celebrated for its intense moisturising properties and unique marine ingredients. Anestis’ dedication to innovation and to delivering the finest possible services to the Cobella clients resulted in the opening in May 2004 of the latest truly exceptional salon: Cobella at Selfridges In the heart of London.

In 2005 Anestis Cobella was appointed creative director for Selective Profesional an Italian Manufacturer of Hair Care Products, operating in fifty-two countries world-wide. Cobella is now responsible for directing and producing all advertising, promotional and educational material for Selective Professional.

2015 marks 35 years of Cobella’s international success on every platform of the British Hair and Beauty Industry; offering clients the finest team of experts, revolutionary new treatments and world class hair styling under one roof.